Mitch Monnett is the husband of Elsbeth Monnett, one of the fabulous artists who participated in the Great Alaskan Painting Retreat. Mitch is also somewhat of a celebrity, being in the reality TV show Wild West Alaska. 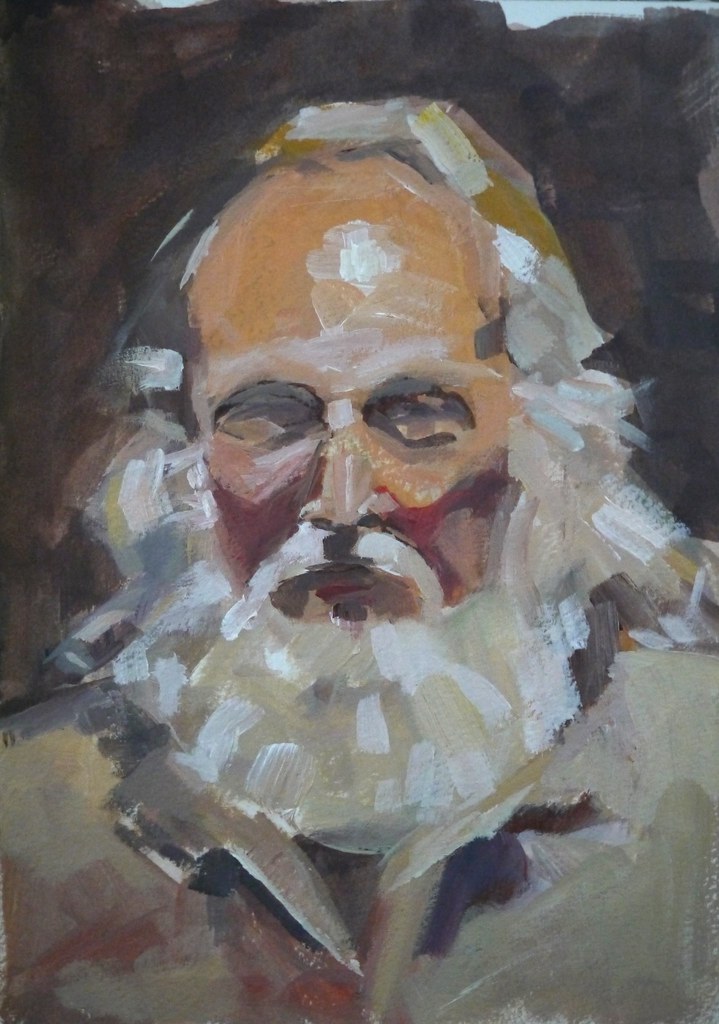 (click here to bid)
Now, I have to admit, I don't watch that much TV anymore, so I've only vaguely known that there was a show called Wild West Alaska. ﻿TV, sadly, has lost out to obsessively checking Facebook as my entertainment of choice. Mitch had many interesting stories about being on TV, about being recognized, and about some of the episodes of that show. I'm not sure which of them I can repeat!
I didn't expect to learn that much about painting portraits on a plein air trip. But between Michelle Dunaway's demo, Daniel Keys's mention of the five essential shadows (shadows around the eyes, under the nose, the upper lip, under the lower lip, and under the chin, iirc), and the four model sessions that we had, I think I have a better understanding of how to paint people than ever before.
One error I made with this painting was that I chose to leave out Mitch's glasses. As someone who wears glasses himself, I should know that it can be almost as wedded to a persons identity and recognizability as his actual face is. In the end, everyone did really well in the model session. Elsbeth did especially well, her painting of her husband captured him really well, and won an award.
Posted by Roy Tan at 7/02/2014 12:10:00 AM