When I signed up for the painting workshop, was really only familiar with Daniel Keyes, the guy who wrote "Flowers for Algernon." I quickly realized that Daniel Keys the artist was a different person. The more I learned about the Daniel Keys who was going demo during the trip, the more impressed I was with his work. Aside from doing the demo, though, Daniel also took some time to pose for us: 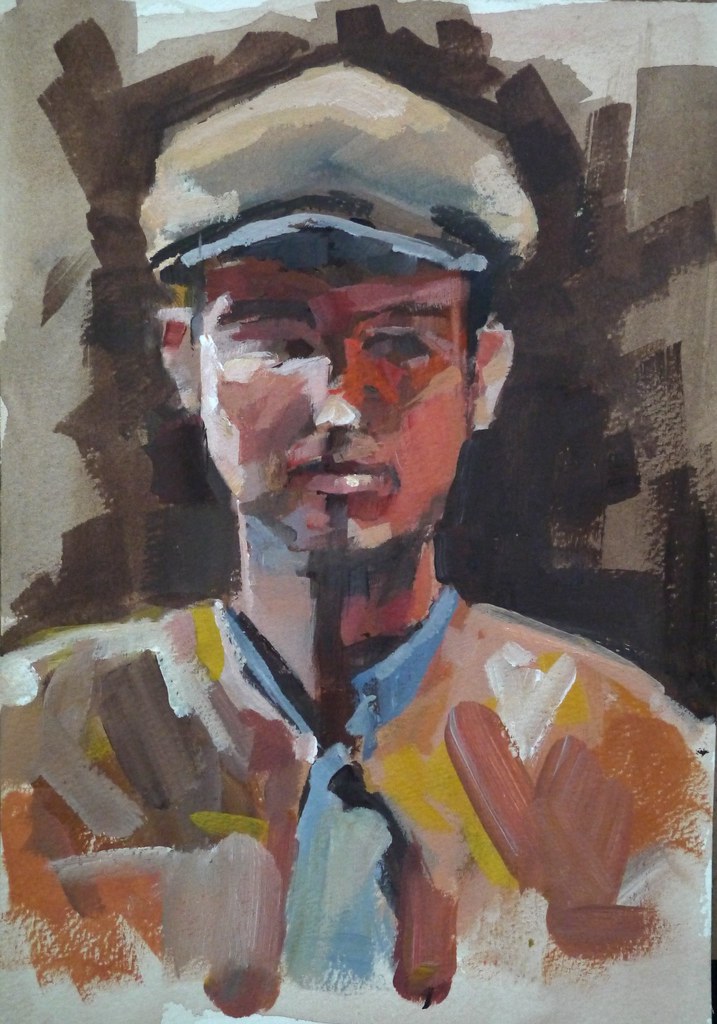 I'm not sure I captured a good likeness here, but﻿ I didn't paint him with a full white beard, so that's something at least. Daniel's demo itself was fraught with difficulties, especially with the garish and inconsistent lighting in the demo room. But in the end the painting and the demo turned out great: 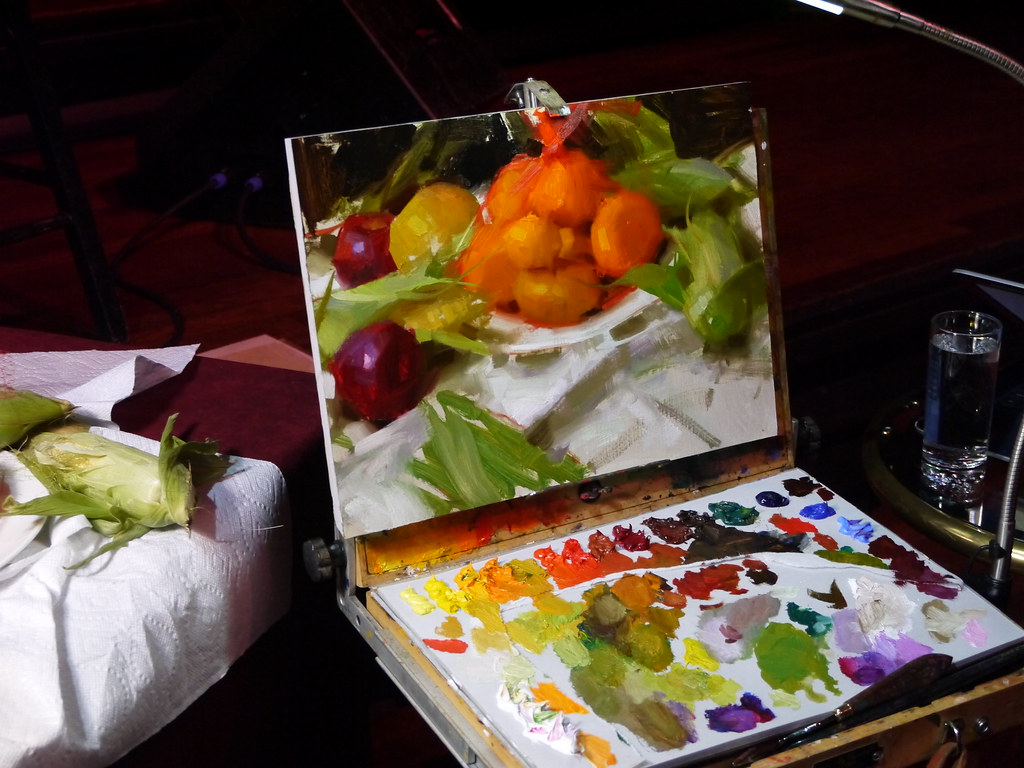 Daniel Keys had some good practical advice, and I learned a lot just from watching﻿ him paint. In the end though, I'm not sure I have the temperament to paint like Daniel, or (I presume) Richard Schmid. They have a method of painting where every brush stroke is as close to perfect as it can be, with meticulously clean brushes, and carefully planned composition. My way of painting is to happily slap some paint onto canvas and proceed to make a series of corrections by randomly adding more paint :).
Perhaps care and deliberation when it comes to painting is a product of experience; or maybe some people are more naturally suited for one style of painting. In any case, I felt inspired to do more still life paintings with this demo, and I already like doing them!
Posted by Roy Tan at 7/05/2014 01:22:00 AM