I just started reading Knuth's book Digital Typography today (here's a paper included in the book). Anyone of us reading anything typeset on a computer (that's everyone reading this blog!) owes a lot to the man. Now I learn via slashdot that Knuth is set to announce something "earth shattering" tomorrow!

Is Volume 4 finally coming out? Will Windows get METAFONT support? I guess we'll find out soon!

Thanks to Netflix, Ive recently been able to watch a bunch of older movies (like Blade Runner and Citizen Kane) that I've been meaning to watch, but never had the energy to hunt down. I just saw Robert Altman's Prêt-à-Porter

tonight. I remember seeing it in the theater when it came out in the 90s; I was kind of struck by the movie and yet was utterly confused at the end. Well, it seems I was confused because the Philippines's censors butchered the ending! Can't have nudity, you know.

Just like when they cut the suicide scene out of Romeo and Juliet. Er, Romeo + Juliet

which was a good enough movie if you discount the girls behind me in the theater who were shrieking every time Leonardo ("ang gwapo ni Leo!!!!") had a scene. Good thing I now live in a country where no entity has the power to arbitrarily censor works of art!
Posted by Roy Tan at 6/28/2010 01:37:00 AM No comments:

While everyone's queueing for their new iPhones, I just got an iPad. I'm using it a lot more than I thought I would. It's great for bathroom reading! It's not without flaws however... I can't really figure out how to hold it. My thumb is always accidentally on the screen.

Also, I wish I could develop iPad apps in the iPad. Even something limited, like a modern-day version of BASIC that used to come with every computer. 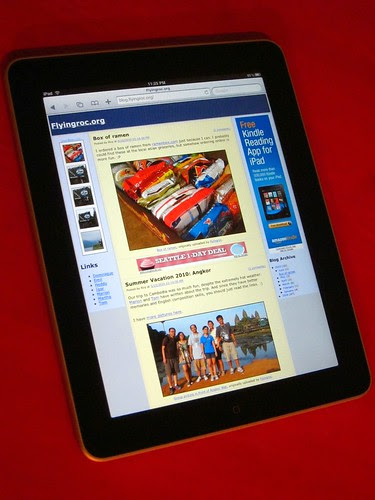 I ordered a box of ramen from ramenbox.com just because I can. I probably could find these at the local asian groceries, but somehow ordering online is more fun. :P 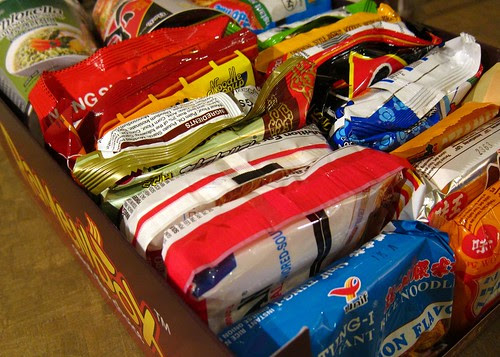