Rereading The Catcher In The Rye

Reading The Catcher in the Rye

when you're in your 30s is a different experience as opposed to reading it in your teens. All I remember from reading it in high school was how I agreed with the rants about phonies. I don't remember any of the other details until I read it again.

What seemed like a simple character back then now seems incredibly young and terribly complex. I don't think I realized even back then that Holden was actually well-to-do; that he was narrating it from some sort of hospital; or even that it was set in New York city. The setting seems much more present now that I've been to NYC several times. I know where the museum with the Indians is.

These days, instead of simply agreeing with the boy's point of view, I can't help but worry if I've turned into one of those phonies that Holden Caulfield detested.

This post brought to you by the free wifi at SEATAC airport.

So yesterday, I went on a book buying binge. I got:

I imagine all but one of them are part of a high school reading list. All but two of them I bought from a a used books store. I've read all of them, except for Gravity's Rainbow, which I plan to read on the plane to Texas next week.

One of my new year's resolutions is to start a personal library. It's not gonna be like this guy's library, but a modest one where I have copies of all the good books that I've read and enjoyed.

The plan is to mostly acquire them cheaply, from second hand stores. I got a ways to go, I think. Off the top of my head, I'm looking for copies of Flowers for Algernon, A Brave New World, and the Robert Fitzgerald translation of the Aeneid. Oh and a bunch of Shakespeare. 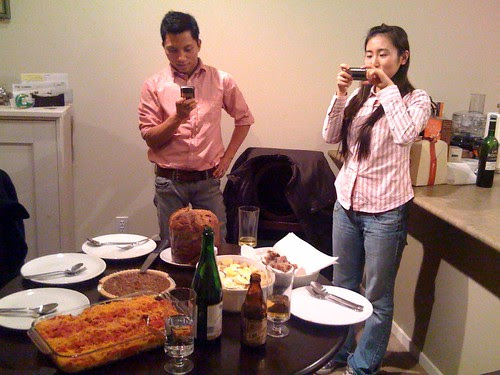 Had Christmas eve dinner with Joel, Julie, Rob, and Cindy. I tried making lechon kawali, and it sort of kind of worked, but it took way too long to fry the pork, and the oil splattered all over my kitchen. It was still fun to have xmas with good friends. Yes, that's San Miguel beer on the table, imported from Manila, $9.50—about 400 pesos—for six bottles!

After dinner we went to have midnight mass (which was actually held at midnight) at the local church (St. Jude, patron of the hopeless). Including Cindy, who was curious about how Catholics celebrated Christmas. She endured mass for an hour, which is remarkable, given how many people actually avoid going to mass.

Just like last year, I put up the tree barely in time for Christmas. 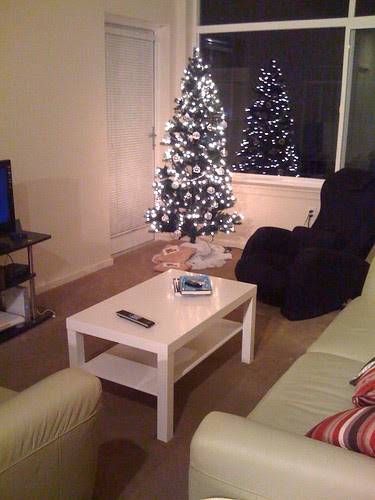 Today, a gang of Filipinos had another party at the billiards room downstairs. Fun... billiards, poker, and karaoke. I got the lowest scores at karaoke; I'm better at pusoy dos. Tess promised pictures on facebook. All in all, a busier Christmas than I expected this year. Probably a good thing for this old hermit. 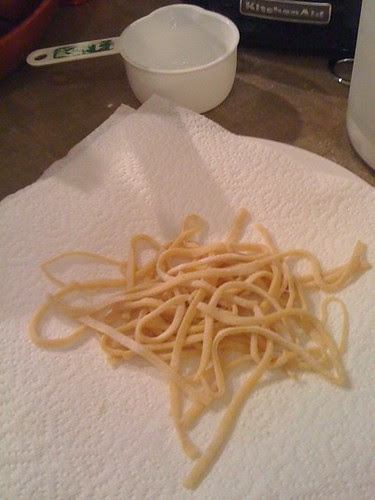 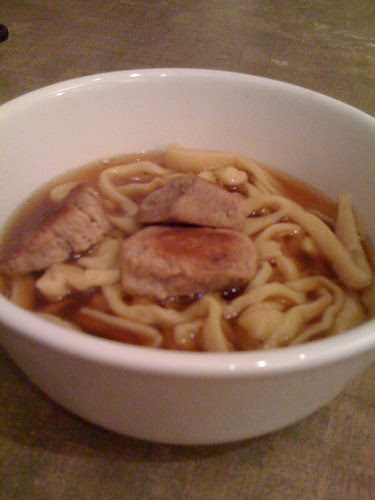 I'm gonna jump the shark on new year's resolutions and start blogging more. So my good friend Rob is working in Seattle now, and I have an excuse to go cross the bridge and eat at Seattle's many many restaurants.

I've been eating at a lot of French ones lately. Cafe Presse, Le Pichet, Cafe Campagne, The Artisanal Brasserie, and even Taste the Moment here in Redmond. They're all good, though the quail in Cafe Presse deserves special mention for being really good.

Escargot, however, is sadly disappointing. I'd rather have a plate of kuhol where you tease out the meat from the snail with a toothpick.

Speaking of French food, I've been trying to make Bechamel using lactose-free milk (the kind I usually have at home), and it's too sweet. I guess I can sneak out some free milk from Microsoft just for making sauce!